The sport has a massive following across the world that records 500 million viewers annually. Even though it is so popular, there are things you might not know about the sport, competition, formula cars, drivers, and a lot more. Find out some of them here!

People have been wondering what “formula” means in the name of the sport. It is the set of rules that all participants’ cars must comply with.

The term can be traced back to the nomenclature used by FIA. All the post-World War II single-seater regulations were eventually called formulae.

In fact, the number “1” in the name entails the highest classification in the formula racing tournaments. The number, generally, is an indicator of the class level of the tournament.

There are Formula Two, Formula Three, Formula Four, and Formula Students for lower classes in the sport.

The history of Formula 1 racing began before World War II through the European Championship of Grand Prix motor racing.

After the war, they adapted the set of rules that all participants must adhere to. This happened in 1946, where the first championship race also was held through the 1946 Turin Grand Prix.

An average F1 car can accelerate from 0 to 100MPH and go back to zero in just four seconds. Yes, four seconds.

It requires great skills from drivers to use the brakes abruptly in perfect timing. This is why drivers go through intensive training for brakes alone.

According to experts, F1 cars are roughly around $7 million without the important components.

F1 cars are built and not bought, so the labor and research for the car composition are additional costs.

Engineers assemble 80,000 components for just one car. Take note that all of these components are important to perform well during the race.

This is why it must be properly placed and assembled. It takes time to finalize the parts to be put in an F1 car and test their efficiency.

Brake discs is a complicated component of an F1 car as it must be properly working for the driver’s safety. Since the car can run up to hundreds of miles per hour and stop in a few seconds, the brake discs take the toll on this extraordinary feature.

The friction movement happening on this carbon/carbon-composite brake can cause it to heat up to 1000 degrees centigrade.

There have been racing accidents related to the brake discs and sometimes endangering the lives of the drivers.

According to the trials of the engineers and drivers, F1 car engines do not work when it is cold. This is why during competitions, F1 cars are preheated to be turned on.

Engineers also attach external heater pumps and gearboxes to maintain the heat of the engine for it to function properly.

As mentioned above, F1 cars are hot; literally, F1 drivers are exposed to this high level of heat during a competition. You also have to take note that cockpits in the race track are heated as well.

With this immense heat, F1 drivers lose an average of 4kgs in a single match.

Due to the intense heat from the F1 car and the cockpit, the drivers must stay hydrated during the race.

There is a water pouch attached to their helmet, and with just one press on a button, they can drink the available water.

The driver and the car’s safety is the reason why crews must change the tires every single time. Tires wore out with the high-speed driving and abrupt breaks.

In every Grand Prix, one of the most exciting parts that fans love is the strategy and plays that happen on the pit stops. It is required that all crews must do their function in just a few seconds.

As a race, time is significant. Pit stops are required to change tires, mechanical repairs, adjustment to the wings, and many more.

But, all of these must be done in an average of three seconds only. Usually, a pit stop decides the winner of the game.

F1 cars have the most advanced engines but can only be used in five races due to the rigid use of their functions during the race.

Also, FIA decided to impose this rule not to exceed the use of an engine in five races to assure the drivers’ safety.

On average, F1 cars with a driver weigh at least 740kgs. There is a rule prompting companies to raise the minimum limit to 749kgs with the driver.

There is over 100kgs increase in the policy of the minimum weight limit of F1 cars.

F1 Cars Can Move Upside Down

It is just a mere possibility since there has not been solid proof and evidence yet.

Experts claim that F1 cars can be driven upside down given that it has the best components,  but the primary source of this is the aerodynamic force of F1 cars.

Unlike what fans see during competition days of a driver and few crew members on pit stops, a team can have up to 600 crew members.

Most of the members work behind or before the event, such as engineers, to make the best F1 car.

Imagine how complicated it is to drive the F1 cars with 20 buttons that have unique functions.

As a driver, you must master all these buttons so the car will run efficiently and effectively. They say that one wrong push of a button can cost you the race.

F1 cars are not allowed to be refueled during the match as it will pose a danger to the pit crews. This rule started in 2010, so F1 cars are already loaded with enough fuel before the race.

Helmets Must Be Tough

The helmet is the primary protection of an F1 driver’s head. FIA set strict regulations on this matter to ensure that the helmets worn by the drivers are tough.

It must pass the standard impact test at 9.5m/s, and there should not be 275G imparted.

Many have wondered whether they can experience the speed that F1 cars have in their road cars– NO.

Juan Miguel Fangio established himself as the winningest driver during the first decades of F1 Racing.

He bagged five World Drivers’ Championships in 1951 and 1954 to 1957. This Argentine driver held the record of most wins for 46 years.

Michael Schumacher now holds the record with the most wins in the entire Formula 1 World Drivers’ Championship history.

It was only in 1958 when the first woman held the steering wheel of an F1 car during a race – Maria Teresa de Felippis.

Even though she did not score any point in her entire five World Championship Grands Prix career, she is a pioneer for women in the sport.

Lombardi Is a Legend

It is not a secret that women drivers in Formula 1 racing are rare.

In the Grand Prix’s entire history, only one woman has scored a point, and that is the Italian driver, Lella Lombardi. The record was made during the 1975 Spanish Grand Prix.

Prince Birabongse Bhanudej Bhanubandh, or Prince Bira from Thailand, was once an active F1 driver who competed for four years.

Aside from a Thai royalty, F1 also had a Swiss Baron who competed. He was Baron Emmanuel ‘Toulo’ de Graffenried, who had nine points in his almost six-year career in auto racing.

Max Verstappen was only 17 years old when he first competed in a Formula 1 racing competition.

This Dutch driver held the record of the youngest driver in F1 history when he joined the 2015 Australian Grand Prix.

The UK Has the Most Wins

With 20 wins in total, the United Kingdom proved its dominance in the sport.

These wins happened with 10 different drivers who are notable ones in the tournament, such as Lewis Hamilton and Jackie Stewart.

This may not be a “fun fact,” but the sport has a dark history with fatalities due to accidents happening during the race.

At present, there are 52 fatalities recorded. FIA does its best to have tight regulations for drivers’ safety.

With the long history of the sport, Formula 1 racing is full of interesting facts.

Given its present time popularity, the things mentioned above are the must-know of the sports fans and budding fans. 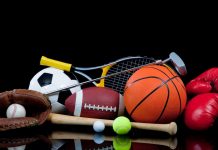 These Players Decided to Change Sports – See Who They Are