The FIFA World Cup is a highly-anticipated event every four years, not only for football fans but for the countries that get to host the exciting tournament as well.

Billions tune in to catch the games as players join forces with their fellow national players to face-off against other countries. Read on below to learn some exciting facts about the World Cup.

The Federation Internationale de Football Association (FIFA), known in English as the International Federation of Association Football – was established in 1904 under the Swiss government. Its headquarters are in Zurich, Switzerland. Their slogan is “For the Game, For the World.” Currently, they have 209 member countries.

Home Advantage Is A Real Thing

It’s often said in sporting events that the home team has the advantage, with their fans cheering them on from their home ice, and often this is seen as the case. With the World Cup tournament, the hosting country has not only performed better as a result of being on their own turf but have even gone on to be the winners.

The very first FIFA World Cup tournament was held in 1930 in Uruguay, who went on to win the trophy. The following World Cup held four years later in 1934 in Italy also saw the Italian team victorious.

European Dominance And Most Successful Teams

Brazil has won the trophy five times and is currently the most decorated and successful team in the tournament’s history. Apart from the five wins against Sweden (1958), Czechoslovakia (1962), Italy (1970 and 1994), and Germany (2002), Brazil has over the years also earned two second-places, two third-places, and two fourth-places.

Italy is in second place with four titles, and Germany is third with three. They are followed by Argentina, Uruguay, and France who all are in fourth place with two trophy wins each.

Although many teams’ players have to abstain from sex during the World Cup, the same is not expected from the spectators. The birth rate in a hosting city is always substantially higher nine months after the World Cup. The 2006 World Cup in Germany was a good example.

In Germany, the birth rate increased by 10% nine months after Germany had hosted the tournament. According to Germany’s statistics, their birth rates ordinarily don’t change by more than 0.7%, an increase of 9.3% in just one year. There was definitely a surge of babies after the World Cup hosting.

The atmosphere in a hosting city during the World Cup is one of joy, excitement, and much social interaction and festivities. One doesn’t have to consider for too long why such an event creates the ideal environment for a birth rate surge.

Alcohol is globally considered to be one of the most consumed drinks at any given time. Experiencing all the fun of the World Cup, especially if you live in the hosting country, tends to push the alcohol consumption rate to reach new heights. Fans like to enjoy a drink when their teams are playing.

A good example in this regard was the 2010 tournament that was hosted in South Africa. It was estimated that more than 3 million bottles of beer were sold during the tournament around the different stadiums. That is well over 750,000 liters of beer!

Interestingly, about 390,500 hot dogs were sold in the same areas around the same time. So although the fans drank a lot of beer, their passion for hotdogs hopefully dampened their hangovers and made sure they could still enjoy the matches the following day.

It is the desire of every player, coach, fan, and country, to hold the most sought-after trophy in football history. It is a tradition that when a team wins at the finals, every player in the winning team tries to get his hands on the trophy. And all the players must be in the photo!

However, what many do not realize, is that the winners receive a huge amount of money as well. The winning team nowadays takes home the trophy, together with a cash bonus of at least $38 million. The runner-up team takes home about $28 million, the second runner-up gets $24 million, and the third runner-up $22 million.

Other bonuses include $8 million per team for the group stages and $12 million for the round of 16. Teams reaching the quarterfinals receive $16 million. In the 2018 World Cup hosted in Russia, FIFA spent around $400 million in bonuses and cash prizes to participating teams.

The 2018 tournament was a unique tournament in many ways. Favorite teams to win such as Germany, Spain, and Portugal were eliminated very early on in the competition. Some of the lesser-known teams played brilliantly and will always be remembered in World Cup history books. Croatia is one such team.

Croatia was one of the underdogs who surprised fans during the tournament as a great and fearsome team. They bounced back in many matches after initial defeats and succeeded to go on to reach the finals.

Although they eventually lost to France 4-2, they were awarded bonuses of more than $28 million. The team decided to donate their winnings from the tournament to charity.

The fastest-ever World Cup goal took place only 10.89 seconds after kick-off. It was scored by Hakan Sukur of Turkey against South Korea in the World Cup tournament of 2002. This goal helped Turkey beat South Korea 3-2. The Turkish team finished the tournament as second runner-up.

Back in 1986, during a game against Scotland, Batista was penalized with a red card after just 56 seconds of play, for a slide tackle gone wrong.   Luckily Uruguay was able to hold out, despite them reacting to Batista’s send-off with more physical contact throughout the game, and the match ended with a goalless draw.

Brazil’s Ronaldo and Germany’s Miroslav Klose both have 15 goals apiece in World Cup games. The French striker, Justo Fontaine holds the record for the most goals scored in a single World Cup tournament. He scored 13 goals in just six games.

Talking about goals, the record for the most total goals scored in one game was from a match between Austria and Switzerland in 1954. In the match, Austria scored seven goals and Switzerland scored five goals.

Egyptian goalkeeper, Essam El Hadary, currently holds the title for oldest player to have ever played in the World Cup. He was 45 when he played at the 2018 Russian World Cup. During that match, he became the oldest ever goalkeeper to save a penalty at the World Cup, blocking Saudi Arabia’s Fahad Al Muwallad’s penalty shot.

Prior to Hadary, the record was held by Colombian goalkeeper, Faryd Mondragon during the 2014 World Cup. He was 43 years and three days old at the time of the tournament.

The oldest person to ever score a goal at a World Cup was the Cameroonian player Roger Milla. He scored against Russia in the 1994 World Cup. He was 42 years old at the time. 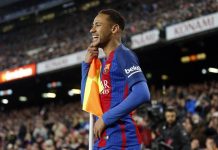