The National Basketball Association (NBA) is one of the most followed professional basketball leagues in the world, consistently drawing millions and millions of viewers for its tournament finals.

The league started in 1946 with 30 teams. In 74 years, there have been many championship stories that inspire fans then and now, and notable champion players that solidified their names as legends in the sport of basketball. Let’s get to know each of them below.

Dubbed as the modern-day GOAT (‘Greatest Of All Time’), Lebron James has won four championships for three different teams: Miami Heat (2012-2013), Cleveland Cavaliers (2016), and Los Angeles Lakers (2020). He is the only player to have achieved this in NBA history.

“King James” showed his potential during his career start in 2004 when he won the NBA Rookie Award. At present, he is considered by basketball fans as the “Face of the NBA” due to his continuous achievements in the league.

The Chicago Bulls had six championship titles in 1991-1993 and 1996-1998 with the ‘Greatest Basketball Player of all Time’ Michael Jordan helping to achieve this in his 15 years in the league. Adding to his belt are six Finals MVP awards and five Season MVPs.

Basketball fans and analysts regard Jordan as the player that defined the next generation of basketball players. His influence and inspiration transcend across younger generations of aspiring players who try to emulate his plays and feats.

He ended his career as a deadly shooting guard with an average of 30.1 points per game, 6.2 rebounds per game, 5.3 assists per game, and 2.3 steals per game. This record cemented him as one of the best all-around players ever to play in the hardcourt of the league.

Bill Russell holds the record for the most championship titles won. He has 11 trophies under his belt in just 13 years of playing. This 6’10 center led the Boston Celtics domination in the mid-1950s to the end of the 1960s.

Russell averaged 19 points per game making him a double threat in both the offense and defense. He is known for his shot-blocking moves brought upon by his 2.24m wingspan and man-to-man defense.

After his stint as a player, he shifted his focus to coaching, acting as head coach for teams like the Boston Celtics, Seattle Supersonics, and Sacramento Kings.

He also earned another six Season MVP trophies. Abdul-Jabbar holds the record of 19 consecutive years to be chosen as part of the NBA All-Stars.

He was also part of the “Showtime” era of the Los Angeles Lakers. His infamous “Skyhook” shot made him a high-scoring tall man which led him to the finals for 10 seasons.

Known for his mythical numbers and records for his games, Wilt Chamberlain won two NBA Championship titles in his time: with the Philadelphia 76’ers in 1967 and with Los Angeles Lakers in 1972 in which he also earned the 1972 Finals MVP.

He has also been chosen as part of the NBA All-Stars 13 times in his career.

However, his two titles do not suffice for all the achievements and record-setting feats. He still holds the record of the highest score in a single game with 100 points. This happened in a 169-147 match between the Philadelphia 76’ers and New York Knicks in 1962.

This 7’1 center holds the record for averaging 50 points per game in a season making him the highest-scoring center ever. For seven seasons, he averaged 30 points and 20 rebounds per game. Analysts regard Chamberlain as a player way ahead of his time.

Earvin “Magic” Johnson Jr. is a five-time NBA Champion for his home team Los Angeles Lakers. In his rookie year, he earned the NBA Finals MVP, a great achievement for any novice player in NBA History.

He later took home two more Finals MVPs and three Season MVPs. The 6’9 point guard revolutionized the game for his position at the time where he was considered the tallest point guard to play. He proved that height is not a hindrance to his agility and ability to handle the ball.

The nickname “Magic” was coined because he consistently created magic with his excellent ball-handling and playmaking. With his ability to pass the ball at the perfect time, he easily recorded triple-doubles in every game while maximizing his height on the defensive end.

Bird played as a small forward during his early years and then later on changed to power forward. He holds the record as the only forward to win three consecutive NBA Season MVPs in NBA history. He was chosen for 12 consecutive years as part of the NBA All-Stars in the 13 years of his career.

All his feats are similar to the achievements of his fellow Celtics seniors Chamberlain and Russell. In his playing years, the Celtics-Lakers rivalry was born with Magic Johnson on the other end of the court. This attracted sports fans which prompted the start of live broadcasts of games.

He recorded six over 60-point performances in his entire career mastering what he called the “Mamba Mentality”. This made fans fall in love with his consistent grit, passion, and energy in games, especially in game-winning shots and plays.

Fans and analysts describe Shaquille O’Neal (or ‘Shaq’) as one the most dominating players ever in the league. He proved that being a big man is not a liability in scoring as he earned two NBA Scoring Championships in two seasons (1995 and 2000).

Shaq proved that the combination of athleticism, agility, height, and size is lethal in the game of basketball.

His three consecutive championships in 2000-2002 under the Los Angeles Lakers franchise were written down in the books as proof of lethal shooting guard-center in combination with Bryant.

Tim Duncan is dubbed as “The Big Fundamental” for his consistency in games although out his 19-year career in a single franchise, the San Antonio Spurs.

Fans love Duncan for his defensive and offensive contributions to the team as a power forward with a record of 21.9 points per game, 12.0 rebounds per game, and 2.4 blocks per game.

This 5’11 power forward was chosen as part of the NBA All-Stars for 15 seasons. He also holds the record for being a part of the All-NBA and All-Defensive Team for 13 consecutive seasons.

As one of the longest-running professional basketball leagues in the world, the NBA produced a long list of iconic champion players who hold amazing personal and league records.

As the league continues, there will be more champions who will rise to join these legends and inspire the next generation of basketball players. 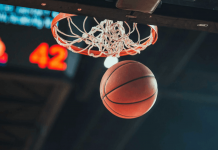