Playing sports is an impressive entry in anyone’s resume as it is a testament to an individual’s dedication, discipline, and hard work. Sports such as basketball, football, soccer, and golf also require skills, teamwork, and sacrifices.

These traditional sports are already as intense as they are. However, there are strange sports that take the challenge up to the next level. One such sport is underwater hockey. This curious sport emerged back in England in the 50s.

Underwater hockey is one of the strangest and most challenging sports out there. This article will talk all about this sport and what makes it distinct from similar skills, particularly the following topics.

A Brief History of Underwater Hockey

Underwater hockey (UWH) was first played in 1954 when Southsea Sub-Aqua Club co-founder Alan Blake came up with the game to keep the team active during the winter season. It was originally called Octopush by Blake until it was called UWH.

It is a limited-contact sport as it requires divers to push around a puck and score goals, just like normal hockey, but underwater. Today, it is played by dedicated UWH players not only in England but across the globe.

It is particularly popular in the United Kingdom, Canada, Australia, South Africa, and the United States. It also gained recognition in other parts of Europe, Asia Pacific, and North Africa. Because of its global popularity, UWH warranted an international governing body.

Currently, the Confederation Mondiale des Activites Subaquatiques (CMAS) facilitates this sport worldwide. Some of the countries affiliated with the CMAS’ Underwater Hockey Commission include the countries and regions mentioned above and more.

Why Underwater Hockey Is Unique

Given the name, the distinct qualities of underwater hockey are very apparent. Being played underwater, it is played at a different venue compared to its more regular relatives. There are a lot of essential differences.

First, it is the equipment used is different. Athletes wear swimsuits and swimming gear when playing. This includes a diving mask, snorkel, a pair of fins, caps, and gloves. Athletes also use hockey sticks, like regular ones. However, it is short and molded to fit the shape of the hand.

The puck is also different as it is heavier so it could sink to the pool bottom. Aside from being underwater, the playing area is composed of goals or gulleys at the opposite ends of the pool bottom.

Spectating this game can be difficult. Spectators can watch the game by putting on a set of masks, fins, and snorkel. Underwater videographers also make spectating possible. In professional playing areas, there are viewing ports through which observers can watch.

This means that UWIH uses a floating puck. It also uses a long hockey stick. While both are played underwater, players of underwater ice hockey do not use breathing apparatuses. Instead, they need to go to the airholes surface for air.

However, UWH and UWIH share some similarities such as the underwater play, swimming gear, and goalposts, and the use of sticks and pucks.

How to Play Underwater Hockey

This game is played by two teams with ten members each. Six members from each team go into the pool as both teams compete to get the most goals before the game ends. Pretty standard, right? However, it is unique in its own right as the play unfolds.

One of the most significant parts of the game is the play. Athletes continue to rally to get a point, but once a goal is scored, players need to go back to their wall to start a new play. This goes on for two 10 to 15-minute halves, so the game can last up to 20 to 30 minutes.

Just like regular hockey, players need to drive the puck to the opposing team’s goalpost in order to score. The defending team will need to get the puck or stop any attempts to score. Players usually use some common formations such as the 3-3 or 3-2-1.

At appropriate points during the game, both teams can decide to substitute one player with another. Substitution strategy can play a huge role in the final play, and ultimately in winning the game.

To win, teams race to get the most total goals by the end of the game. They can achieve this through a wide variety of strategies. They can use formations, substitution, players’ strengths, and of course, teamwork to win.

Some of the most essential underwater hockey moves that can help achieve victory, aside from rolling the puck and shooting, include curling, stealing the puck, and scoring. A combination of moves and strategies can help in taking the win.

Two of the most important hand signals are the ready-to-play and stop play signals. These are indicated by raised arms with open signal hands. To start, the signal hand is open with fingers together, while waving from one side to another means stop.

When a team scores a goal, the referee raises their arms with the index finger up. Then, they do the stop play signal. Finally, they raise both arms with open hands. A time-out is indicated by a large letter O made by raising both arms over the head.

The game also has signals for illegal moves or plays. This includes illegal use of the free arm, blocking, barging, obstruction, or shepherding, illegal stopping of the pick, stick infringement, illegal substitution, and many others.

Using the body to block players and lifting or carrying the puck on the stick are considered infringements. Other infringements include using the free hand or fingers to guide the puck, removing or trying to remove an opponent’s equipment, and many more.

When caught doing foul plays and infringements, players can face penalties, which can be in the form of action by officials, cautioning, time penalty, total dismissal, equal puck, and advance puck.

Those who are interested in playing UWH need to keep in mind that having a play area and the right equipment may not be enough to start. They also need to dedicate time and energy to develop and hone their skills.

One of the most essential skills for this sport is swimming. In fact, some of the best players are strong swimmers. They can move in the water efficiently and they can stay underwater for a longer time. In connection with this, fitness is considered an individual skill for this sport.

Puck driving and shooting are also vital parts of the game. Individuals who can maneuver the puck effectively can protect it from the other team so that they can score. If they are the defenders, they can steal the puck for the chance to score.

Curling is another one of the most crucial skills in UWH. This is the act of changing directions radically while still possessing the puck. This move allows players to push through a crowd of other players.

This sport may be non-contact or limited-contact, but it is important to keep in mind that injuries can still happen. Some of the risks include torn muscles, scratches, and sprains. Cuts, broken fingers, and head or dental traumas can also occur.

Because it is conducted underwater, players also run the risk of pulmonary capillary stress failure, which can be a serious concern.

Underwater hockey may be a strange sport, but it is also a fun and challenging one. This sport can definitely give swimmers with a knack for hockey the best of both worlds.

Learn Why Hockey Could Be the Best Option for Young People 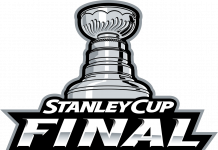 What Are the Stanley Championships? Learn Here