High speeds, hot cars and daring drivers that are willing to do it all, it isn’t any surprise auto racing is one of the most poular sports around. NASCAR is the number one spectator sport in the US, and it is also the second most televised and popular broadcast worldwide. And thre isn’t any sign of a slowdown, auto racing popularity continues to grow year after year.

It continues to grow because it keeps evolving from the competition that was originally mostly between cars and now it is more about the drivers who are the stars. Stock car racing has become a different beast since its beginnings in the 1920s. Stock cars have also been greatly modified from their humble start. At birth, they looked like all other automobiles on the road, but now they have been altered so they can reach super high speeds.

NASCAR was created in 1948 by Bill France. He started by talking to mechanics, drivers, and car owners at the Ebony Bar while he stayed at the Hotel at Daytona Beach, FL. The discussions involved insurance coverage, the uniform rules and this resulted in the formation of NASCAR. France is credited as the founder, and many other advancements of the stock car racing as well. His creations also include the development of the Daytona 500 Races, and also the building of the superspeedway in Talladega that was opened in 1969.

Stock Racing has seen plenty of changes over the years, and this has led to the type of races you see today. Needless to say that without the powerful classic cars of the 20s, stock racing may never have happened at all. It is important to appreciate the history of this sport, which includes the classic and antique cars, the motorcycles and event trucks.

Reasons Why People Love Auto Racing So Much

This is one of the reasons why auto-sport racing, and especially NASCAR racing is extremely popular today. Most other sports such as football, soccer, etc., usually have too many rules that you must learn, but you can be a complete newbie, watch just one NASCAR race and get all the rules in one sitting. The simple rule is that the NASCAR driver that finishes the race first is the winner. It doesn’t get any more than that, and this is very simple and easy to understand.

NASCAR competitions are usually packed with hundreds of thousands of fans, who show up at the race track each week to watch their favorite drivers’ race towards winning the Sprint Cup. Many more millions of fans have made it a Sunday night ritual to watch it on television on race day. These statistics do not even account for the many other people who access the BUSCH races, practice sessions, and qualifying sessions either. There are way too many fans who are invested in these races.

It Is A Family Sport

NASCAR has worked hard to make it a family sport. Dads, moms, and children can all sit together as a family and watch the game live on TV. Each of them may have their own favorite driver, and they can even make bets on who shall win the race. The dad may favor Tony Stewart, the mom Dale Jr. and the kids may favor Jeff Gordon. This is so much fun for the whole family, and one of the biggest reasons why NASCAR races are the most popular sports today.

The Need For Speed

This is certainly a reason for loving the sport. Most people, especially men, love to watch how fast the cars are driven, and when you include small boys who just love to see cars going fast, you have a very good reason for having NASCAR as one of the most popular sports today.

In fact, many people would love to drive that fast, so, they live vicariously through their favorite NASCAR drivers.

This is yet another reason why auto racing has become one of the most popular sports today. Most of the races seem to be average everyday guys, as they do not come off as prima donnas, like what you find in basketball and baseball, and the average American associates with them, hence the immense love for the sport.

Most NASCAR drivers started racing on dirt tracks and have come a long way from their normal upbringings to the world stage. This is why most people are in love with the sport.

Why Auto Racing Is A Popular Sport Conclusion

There are lots of other reasons why this sport is extremely popular. Each fan has their own reason. But the reasons we have outlined above are universal.  Millions of Americans actually tune in each week to watch a race and cheer for their favorite driver.

This sport has slowly reached the number one  spot on a list of the most watched sports in the world and it’s certainly not slowing down. In fact, its popularity keeps growing year after year, as adrenaline junkies get on board to experience the world of high speeds and car wars. 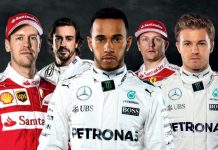 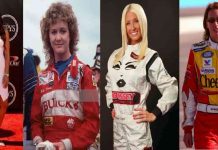