Hulk Hogan, Dwayne Johnson and John Cena are some of the greatest wrestling stars of the 20th century and for good reason. You don’t even have to be a wrestling fan to know some of those big names because they become synonymous with great entertainment for all. It’s hard to list all of them because you are seriously spoilt for choice.

So, what distinguishes one wrestler from the next? What makes Hulk Hogan great? It is clear that it’s not just about talent. There is so much more they need to do in order to cement their legacy as the greatest wrestlers in the world. What a wrestler accomplishes in a career is usually the first point of reference. After that, you’ve got to consider his accolades, the main event matches won and the overall persona.

A great wrestler usually must have an impressive look otherwise the audience just isn’t going to get on board the bandwagon. Another quality to look at when deciding who the greatest wrestlers of the 20th century are is their in-ring ability. A wrestler’s ability to work a 5-star match should never be underestimated. Their mic skills and charisma are vital as well. It is important for wrestlers to add something to the storylines by the use of a few chosen words sprinkled with some drama. Finally, a wrestler’s marketability needs to draw in the crowds and sell tickets.

Who Are The Greatest Wrestlers Of The 20th Century

We have done our homework and come up with some impressive names. Some of these guys are scrappers, others entertainers, but all in all, they are great. Below is a list of the 5 greatest wrestlers of the 20th century based on the things we talked about above.

When the 90s started, Shawn Michaels was simply part of a young tag team that was extremely popular. They would do anything to get noticed. However, things changed for Michaels in December of 1991, when he turned to his partner and infamously threw him through a plate-glass window. From this moment on, he quickly climbed the ranks and won every title imaginable. Those titles included three title wins, back-to-back royal rumble wins and world-class performances night after night.

Bret Hart started at the Hart Foundation. He then slowly gained a name for himself through steady ring performances and a growing connection with the audience. He then struck out on his own in 1991, where he managed to claim his first title after defeating Mr. Perfect during the Summerslam of the same year.

Since then, he kept growing bigger and bigger and was constantly spotlighted by the WWF, where he went on to win five titles throughout the years. After he exited the company, he joined the WCW and then cooled down for some time. He still racked up more wins and stayed at the front of the business, before he was knocked out by Goldberg.

There was nothing as scary as watching how the Undertaker made his entrance into the ring. This man-made a name for himself with his scary persona, and there is actually no other player that can compete with what the undertaker has achieved in his career.

He debuted in 1990, and throughout the 90s, he was there. He constantly evolved his character, and he never left to work for the competition. He was able to show that there was still royalty left in the business. There is actually no need to go into his accomplishments as that would take all day, but he has piled up numerous accolades over the 20th century.

Toshiaki Kawada spent most of the early 90s wrestling as part of a tag team. He consistently found himself earning titles as one of the most trusted workers on the team. There was however a vicious cycle that dominated the tag team scene before one failed as a solo act. Kawada was, however, able to win a Triple Crown heavyweight championship in 1994, and as part of the first-ever Japanese players, it is hard to discount his impact in the wrestling ring.

It is hard to talk about the greatest wrestling stars of the 20th century and fail to mention Hulk Hogan. He is perhaps one of the most famous wrestlers of the 90s, and made a massive impact on the industry. He is still relevant today.

He started the decade defending his WWF belt against The Ultimate Warrior and he was one of the most iconic WrestleMania contestants of all time.  He has had multiple reigns in the WWF and in the early 90s he dominated the main events. Whether he was in red, black or yellow, Hulk Hogan was the main event in each event he participated in.

What We Learned About The Greatest Wrestlers Of The 20th Century

There are plenty of other wrestlers who were great in the 20th century, and our list is far from complete. We picked the five wrestlers above due to their level of fame and their impact on the game. And of the most amazing things about these guys is that even after retirment, they stayed legendary. 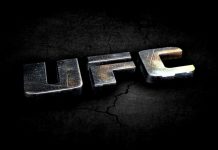 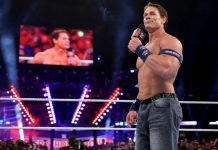 What You Need To Know Before Pursuing A Career In Wrestling