A lot of standout figures have emerged from various sports but few are as great as Muhammed Ali. Basketball has Michael Jordan and LeBron James, while football has Lionel Messi and Cristiano Ronaldo to name a few. However, the feats that Muhammad Ali accomplished in boxing are second to none.

Anyone who has followed boxing has heard of his name, especially those who have followed his career from the start. He is arguably one of the best fighters in and out of the ring, making his death a great loss for the sport. The hardships he has faced make his wins even greater. Up next we dive deeper into his world.

Who Is Muhammad Ali?

Muhammad Ali is a former heavyweight champion in boxing. He is known for his performance in the ring, especially with his impressive record of 56 wins out of 61 fights, 37 of which were won by knock out.

With only three losses in his 21-year career, he is definitely one of the best. In fact, he was so hard to beat that his first professional loss was from no other than Joe Frazier, and he made Frazier work for this particular win. His boxing style is considered unconventional. As he said, he “floats like a butterfly” and “stings like a bee.”

What Makes Him Lethal

He is known for his speed and reflexes, making him a hard target to hit. Combined with his dancing-styled footwork and trash-talking, he has become a formidable force in boxing.

He reigned as a three-time heavyweight champion and went up against some of the most notable fighters of all time including Sonny Liston, Floyd Patterson, and Frazier. Ali is also an Olympic gold medalist, activist, and philanthropist.

Road to Becoming “the Greatest”

Cassius had a brother named Rudolph, who later on took the name of Rahman Ali. Ali suffers from dyslexia, which meant he had a hard time reading and writing in school. That was combined with systemic racism and the two of those things should have resolved him to a life of misery, but it didn’t.

When Did Ali’s Career Begin?

Ali first turned to boxing at the age of 12 with the help of police officer Joe E. Martin who was his first coach and introduced him to the sport. To pursue this interest, he worked with his first real trainer Fred Stoner and debuted that same year.

However, he first fought professionally in 1960 as “The Louisville Lip”, effectively jumpstarting his 21-year career. In just the span of four years, he won 19 matches with 15 knock-out wins. During this time, he was able to snag the heavyweight title for the first time.

Reign in the Ring

Despite his struggles in his personal life, Ali emerged as a notable name in the sport within the first few years of his career in which he garnered the attention of boxing fans. Then he dominated the arena over the two decades.

He fought match after match, losing only a handful of them, allowing him to earn the nickname of The People’s Champion.

How He Became the Greatest of All Time

Sure he had his early wins but no one becomes great with a few great steps in their walk. Ali became known as the greatest of all time for his tenacity and fierce focus. He won match after match against the greatest competitors. Let’s get into why he earned that name of the ‘Greatest’.

Ali was able to get his first title match against Sonny Liston, the reigning heavyweight champion back in 1964. Back then, Liston was an intimidating opponent because of his ferocity in the ring. So, Ali fought as an underdog in his bout against Liston.

It came as a surprise for many when he won the belt at just 22 years of age. This was the first match in which he said that he will “float like a butterfly, sting like a bee.” He won by knockout in the seventh round. When he won, he said proclaimed that he is “the greatest.”

What Happened After That Great Win

From this point forward, he would go on to win the belt a second time in 1974 against George Foreman, the reigning champion at the time. Then in February 1978, he once again snagged the belt against opponent Leon Spinks. He defended the title 19 times.

Losing His License and Return

As much as Ali was a fighter in the ring, he was also a fighter for what he believed in. In 1966, Ali refused to be drafted into the military, reasoning that it was against his religion. Because of this, he was denied licenses in all the states.

His passport was also revoked. He was charged and convicted of draft evasion in 1967 and was barred from fighting until 1970.  He was sentenced to a maximum of five years jail time and a $10,000 fine. However, he filed an appeal which allowed him to remain free.

When Did He Fight Again?

He was allowed to fight in 1970 after the City of Atlanta Athletic Commission gave him a license. He defeated Jerry Quarry, making him a contender against Frazier.  The conviction got overturned in 1971, which allowed him to fight in the ring within the same year.

Aside from the title fights in which he was able to beat the reigning champions, Ali fought many notable fights, three of which are against Frazier.

Both were undefeated boxers when they first faced each other, making each match an exciting one for boxing fans.

The first fight in 1971, called Fight of the Century, was when Ali first lost professionally. The two fought once again in 1974 during Super Fight II and won. Lastly, then faced one last time in 1975 during Thrilla in Manila, which Ali won by TKO.

Aside from these remarkable fights against Frazier, Ali also former heavyweight champion Floyd Patterson in 1965 which Ali won by TKO. Another notable one was his rematch against Spinks in September 1978, in which he lost the title in the ring for the first time.

It is safe to say that Ali retired from the sport twice in his lifetime, the first time being in 1979.

Before his last time, he almost retired a few times, especially after a fight with Ken Norton in 1973 in which he got his jaw broken. He also considered retiring after a grueling fight against Frazier in Manila.

When Did He Actually Retire?

Finally, he retired permanently when he was 39 years old in 1981. This came after he suffered a TJO loss against Larry Holmes in 1980.

Life Outside the Ring

As a notable figure in the ring, it is understandable that Ali was also an influential character outside of it.

He had a lot of activities that further launched his name as an advocate and philanthropist. He was also an avid Beatles fan. And beyond his famous life, he had quite an extensive family.

Ali was the father of nine children. One of them, Asaad Amin, was adopted by him and Yolanda Williams in 1964. Meanwhile, there were also some claims that he fathered the children of women who made such allegations.

Of his children, his daughter Laila followed in his footsteps and became a professional boxer.

Despite being against this move at first, he was present in her matches and later admitted that women had a place in boxing.

Ali was also known as a Black rights activist. Upon learning about the Nation of Islam and converting to this religion in 1964. He met Malcolm X who became his spiritual and political mentor.

With his learnings in the said religion, he changed his name from Cassius Marcellus Clay Jr. to Muhammad Ali to adopt a name that is not “a white man’s name.” According to him, his former name was a “slave name.” He was also vocal against the white establishment.

One notable activism he is known for is his disapproval of the Vietnam War, as he saw it as an imposition of white men in people of color’s countries, as per the teachings of the Nation of Islam.

A few years after retiring, Ali was diagnoses with Parkinson’s disease. This condition is sometimes caused by head traumas. Despite his medical condition, he remained active in many arenas including WrestleMania.

He also supported President Ronald Reagan in this re-election bid as a way to promote his advocacy to “[keep] God in schools.” Moreover, he participated in various events such as the celebration of the foundation of the US Constitution in 1987.

By the time he died in 2016 at the age of 74, he had participated in many political and advocacy events. He also released two albums namely I Am the Greatest (1963) and The Adventures of Ali and His Gang vs. Mr. Tooth Decay (1976) prior to his death.

Boxing is considered one of the most dangerous sports in the world due to the beating the head takes and Ali did become a victim to those beatings.

However, he lived an exciting and colorful life. His journey had been rife with struggles, which he overcame with the help of people earlier in his life and at the start of his professional career. 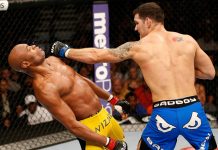