BBC Sport in one of the most popular ways to watch live sport in the UK, and for good reason – there are no adverts, they’ve got great pundits and it’s the classic British sporting experience. Whether you’re into football, tennis, golf, snooker, or something totally obscure, chances are it will be featured on the BBC at some point.

So how to go about watching BBC Sport? It can seem a bit complicated, especially when you start looking at the iPlayer and a Tv license and everything else.

We’re here to help you understand what the BBC are offering, and find a way of watching BBC Sport online that suits you best. Read on for tips on apps you need and which device to watch on.

What type of device? Which app?

If you aren’t watching on a TV, then you’re going to want to use the internet to get access to BBC Sport. But exactly which service you want might change depending on what kind of device you have.

You can watch live streams and programs on BBC iPlayer, BBC News and BBC Sport (when available) as they’re being broadcast on television or online. You will need to be signed in to your BBC account to watch live and on-demand television and streams on the BBC website.

If you’re using a laptop, you can stream directly from the BBC Sport website. This is good because it optimises the use of a larger screen and it’s easy to navigate, but bear in mind that not all live content is shown there.

If you’re on a mobile device (like a smartphone or tablet) you’re going to want to take advantage of the BBC iPlayer – their app that gives you access to all the sport that’s being shown live or on-demand. The app is available on iOS in the App Store and on Android in the Play Store.

What you need to do

The best thing about watching sport on the BBC is that there’s no monthly subscription – but watch out. If you want to watch live sport (or any other type of content) then you’re going to need a TV license. If you don’t, you’re technically committing a crime, and the UK government is cracking down on students and others who try and get around this requirement by streaming online.

However, you only need to pay once per year (the current cost in 2019 is £154.50) and that gives you access to everything the BBC offers, not just sport).

The BBC is a great way to watch sport, especially if you’re based in the UK. Not only is it historically the original source for live sports news, it still has brilliant commentary and cutting edge analysis on a variety of sports, including quintessential British classics like cricket and tennis. 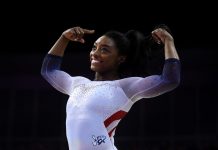 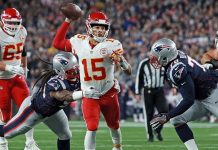 How To Watch ESPN Online 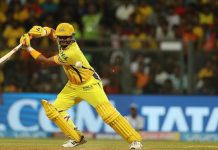 How To Watch Ten Sports Online