Movies with female athletes in the lead usually give people a sense of what it really is like to rise to the top of a sport as a female. These movies help to highlight the plight of being a woman in the sports world, which is sometimes called a “man’s world.” Female athletes often get judged on not only their athletic abilities but often their looks too. And they also get paid much less than their male counterparts.

A League Of Their Own

The famous phrase “There’s no crying in baseball,” was from this movie. But what the movie passed on was that even if there isn’t any crying, they can still play the game successfully. Now, more than 25 years later, this movie is still great and has set a gold standard for female athletes and women in movies. Geena Davis was Dottie Hinson, a star catcher who played like Lou Gehrig and looked like Greta Garbo.

Though Davis couldn’t match the talent and poise that Dottie had, she more than made up for it in drive and determination. Backed by an incredible supporting cast that included Rosie O’Donnell, Tom Hanks, and Madonna, this is a thrilling movie that not only showed the skills of women in baseball but also the unique and complicated relationships they enjoy.

There probably isn’t a movie that has captured the world’s attention like this movie. It was a British indie movie that followed the life of Jess, who was a Punjabi woman that wanted to just play soccer. Now, her parents disapproved of her desire, but she still went on to join a women’s soccer team and became friends with one of the players – Jules. Jules was played by Kiera Knightley. Jess fell in love with the coach who was played by Jonathan Rhys-Meyers, but that was just a part of the story. By the end, she convinced her conservative parents that girls could play soccer, and became a soccer star in the process.

This movie started the franchise of Bring it on movies, and the reason why it is such a great movie is that it stepped away from tradition and brought a story to theaters about a cheerleading saga. The movie starred Kirsten Dunst and Eliza Dushku who were cheerleaders. When Kirsten Dunst’s character Torrance discovered that the previous captain had stolen most of their routines from another team, she became determined to make a fresh start for the team without breaking their winning streak. What resulted was pure fun and entertainment, and proof that cheerleading is indeed a sport.

This was Drew Barrymore’s directorial debut. This movie was an adaptation of Shauna Cross’ novel called Derby Girl. It is about a woman called Bliss, played by Ellen Page in the movie. She didn’t fit into the small town in which she lived and therefore decided to join a roller derby team. The team had a squad called the Hurl Scouts that was terrible. With her hard work, they got a new identity and from her, they received a new life and seized control both on the track and off it.

This is one of the most interesting basketball movies that shows a girl balancing a relationship and a passion for basketball. The stars of the movie are Omar Epps and Sanaa Lathan. It was a romantic movie that depicted how the two main stars grew up surrounded by basketball, and how it built them into the people they ended up being as grownups. The narrative in the movie overlaps with their personal lives, but at the center of the story is a fantastic theme about how a woman succeeding in the world of basketball.

When you bring an idea to the masses via media, you can make that idea more easily accepted. As more and more people get used to seeing movies about superstar female athletes, the more easily they will accept the fact in the real world. And the more the idea is accepted, the more likely it is that parents might just give their little girls a chance to join sports teams as well as traditionally girl activities like ballet and tap. 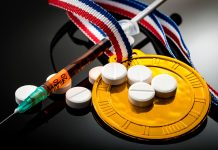 The 37 Most Controversial Cases of Doping in Sports 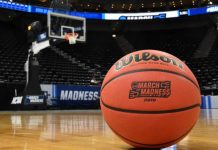 31 Movies Inspired by the Trajectory of NBA Athletes