Around one-third of athletes around the globe suffer from depression. This is not at all surprising, given that around 6.7% of today’s adult population are experiencing this as well. Whether it’s pressure from the game itself or the change of lifestyle or some other reason, these individuals are not invincible. 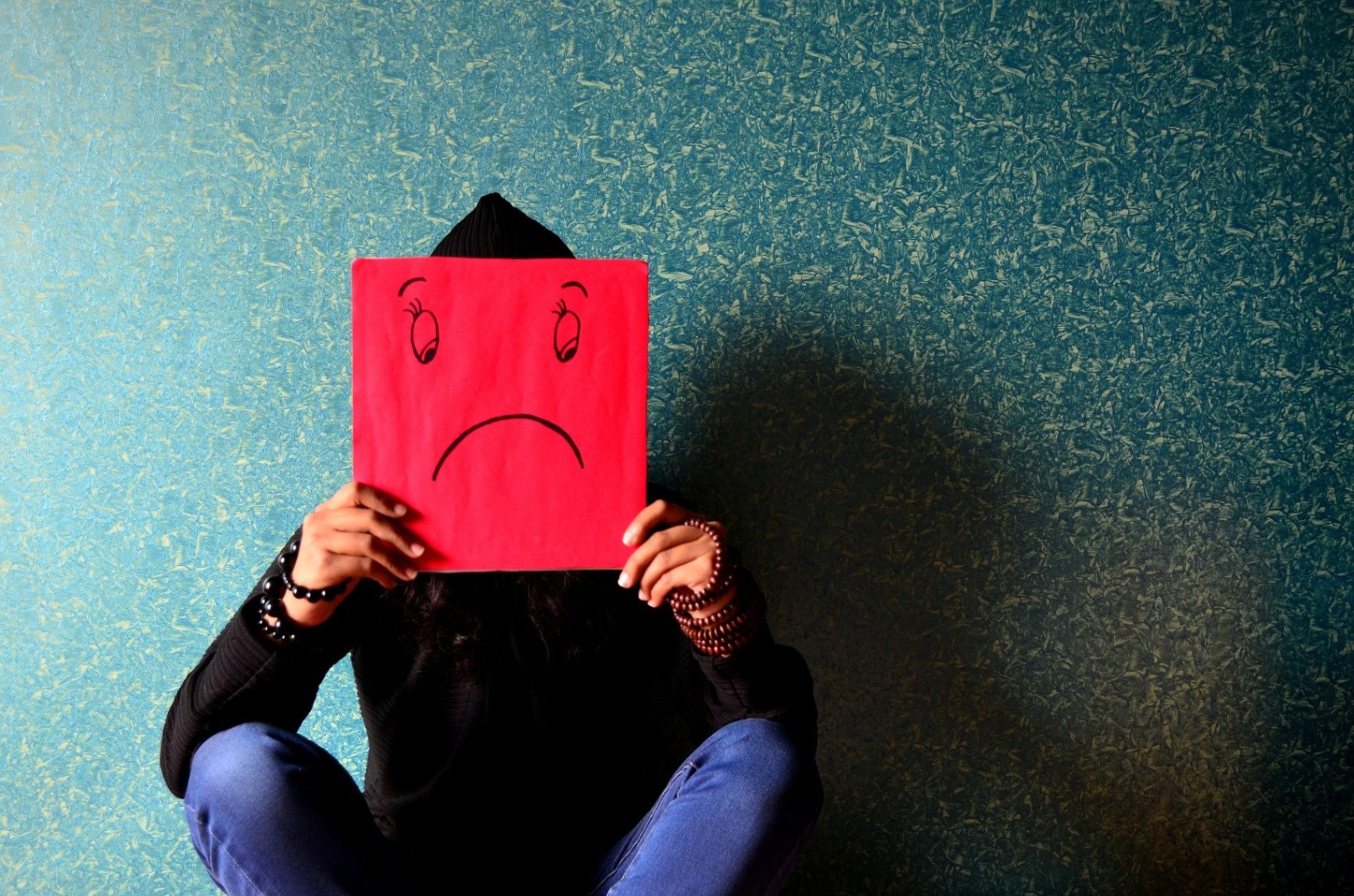 Depression is a type of mental health condition. According to the American Psychiatric Association, depression, otherwise known as major depressive disorder, is an illness that affects not just the emotional wellbeing of a person, but also how they think and act.

This condition typically puts individuals in a state of sadness. Other times, this can also cause sufferers to lose interest in hobbies or activities individuals have had a fondness or passion for.

Many times, however, this can also put individuals in varying moods, as well as sleep and eating changes. In the most severe cases, thoughts of suicide can pervade.

Thankfully, this medical illness can be treated over time, with most individuals being able to live a full life once again after being addressed. Some of the treatment options that have made great strides include medication, psychotherapy, exercise, and leading an overall healthy lifestyle.

Without further ado, we head on to one of the most high-profile athletes who has notably suffered and overcome depression: Serena Williams. This renowned sportswoman is a tennis goddess with numerous championships under her belt, but she also suffered from depression after giving birth to her daughter.

Postpartum depression is not the first time she is known to have experienced this mental illness. In the past, Williams also battled with depression, especially after missing out on a calendar grand slam last 2015 due to her knee injuries.

To help overcome her mental illness, Williams took a break from tennis for a time. At the same time, this tennis star took to the social media platform Instagram to share her story. She said that in order to improve her condition she started to communicate with more people, especially her family and friends.

Another heavyweight you can find on this list is no other than Mixed Martial Arts (MMA) star Ronda Rousey. At the height of her career in the UFC and having been undefeated for 12 consecutive matches, Rousey was defeated by Holly Holm.

On that November 2015 night, she got a swift kick to the jaw to end her winning streak. The staggering weight of Rousey’s loss to Holm weighed on her, leading her to publicly admit that she suffered from depression on the Ellen DeGeneres show.

She said she also had suicidal thoughts, saying she had no motivation nor did she matter to the industry. She said Travis Browne, her partner, a fellow UFC fighter, however, pushed Rousey to shake off her feelings, as she wanted to build a life with him.

At the same time, Rousey acknowledged that her defeat allowed her to gain another perspective and forced her to work harder to rise again amid such difficulties in her life.

When it comes to boxing, one of the most notable names in the industry is that of Oscar De La Hoya. After all, he has faced the likes of Floyd Mayweather, Manny Pacquiao, and Vargas. But that is not all he faced. In the past, the Golden Boy also acknowledged that he struggled with depression.

De La Hoya’s struggles with mental illness reportedly stemmed from his alcohol and drug abuse, especially cocaine, which he became exposed to and accustomed to when living out his celebrity sports hero lifestyle.

Everything tumbled down around him when he retired and he said he felt like he lost himself since he was no longer the famed winning boxer he had been for the majority of his life.

To help deal with his illness, Oscar De La Hoya entered into rehab a total of three times. He even acknowledges the constant struggle he has to face with the possibility of this “monster” recurring anytime. In doing so, De La Hoya states that he can always look for signs of trouble.

Ricky Williams was once a top player in the National Football League (NFL), as he was the fifth draft pick right out of college. Even at the height of his career – into the limelight and playing in front of thousands of fans and being a millionaire – Williams remained shy and depressed.

During this time, Williams found it hard not only to speak to and communicate with the media, but also with his teammates, friends, and even family. At one point, he reportedly never left his house, except to practice or attend games. He was later on diagnosed with a social anxiety disorder.

This disorder comes with feelings of being judged by the public, as well as fear of speaking or appearing in public.

To help overcome this, Williams took antidepressants and also went to therapy. Following his return to the Dolphins after his diagnosis, Williams scored a total of 16 touchdowns across 1,863 yards.

Among the sportspeople on this list, Rob Krar is perhaps one of the most vocal about his depression. Considered an ultra runner, Krar said that he has battled depression for decades, but the illness was most prevalent during 2017, especially after his knee surgery.

During the height of his depression, this ultramarathon runner found himself on the Internet looking for guns and firearms, particularly after suffering from injuries.

With seemingly no end in sight, it appeared to Krar that he simply would never run again. It took the athlete years to acknowledge his illness.

His wife, Christina Bauer, helped him deal with his condition. Together, they explored the great outdoors and Krar found relief and a sense of direction as they navigated a different path. Today, Krar holds events for others to open up about their struggles as well.

Of the most popular athletes here, Dwayne Johnson, otherwise called “The Rock,” is undoubtedly the most famous one. Before entering Hollywood and showbusiness, he found himself wrestling his way into the industry. However, this is not all he grappled with.

The Rock’s struggle with depression stemmed from his childhood experiences, where their family lived in poverty and where his parents struggled to keep a roof over their head. Even when he went to university on a full scholarship, The Rock dealt with depression, especially after suffering several injuries.

With his successive injuries, Johnson felt his dreams of playing professional football were shattered. This was further exacerbated by a breakup with a former girlfriend, leading him quite devastated.

One of the key realizations that The Rock said made him see the light again was the fact that he learned that he wasn’t alone with his depression.

Considered one of the best Olympians of all time, Michael Phelps is perhaps one of the most decorated as well. He broke his own record at a young age and won his first gold medal at the 2004 Olympics. Despite his achievements, Phelps always felt depressed after the Olympics.

Phelps won medals in swimming two more times after 2004 and was listed as one of the richest swimmers of all time. However, this all came with “explosions,” a term that Phelps used to describe his episodes.

Besides being involved with drugs and not wanting to live, Phelps also lived through unhealthy habits. He was even arrested for driving under the influence. Despite experiencing depression, Phelps went to therapy for help, ultimately saving his life.

Phelps bounced back better than before, even qualifying for the 2016 Olympics and ending his career with five gold medals and a silver one. Today, he employs stress management for programs under his foundation.

All of the athletes on this list sought professional help one way or another, with most relying on the help of a licensed therapist to work through their depression and other medical illnesses. Meanwhile, others have also made the decision to use prescription medication to help treat their depression and anxiety.

Throughout their battles with this mental illness, these athletes acknowledged their condition, but also found ways to help keep it under control. They did this through a variety of methods including the use of strong willpower, communicating with people, and even posting about their struggles on social media.

There are various factors as to why athletes of all ages and stature feel depressed. Whether it’s a competitive failure or psychological distress, there is no doubt that the people on this list have successfully overcome their depression and have used their platform to help others in the process.

This should give anyone else suffering depression out there some hope. If major athletes can suffer bouts of depression then you do not have to feel like you are alone. This is a medical condition that you too can overcome.