What is your routine exercise like? Different people adopt different ways of exercising like aerobics, running, exercising the gym, walking, swimming and sports, among others. Whichever way you exercise, your body responds depending on the intensity and the time spent exercising.

A runner’s high is the intense feeling of euphoria, elation or extreme happiness following exercise. It also means that feeling of a reduced state of pain or discomfort, feeling of being invincible and a loss in sense of timing as you run.

This results from chemical reactions in the body and brain that take place during prolonged periods of exercise. Discover more about the runner’s high below in the article.

What is a Runner’s High?

A runner’s high is that feeling of being invincible, state of euphoria, excitement or reduced state of pain and discomfort. In other words, runner’s high is a phrase used to describe feelings of psychological well-being. It is associated with rhythmic-type exercise and long duration exercises like running.

It is said runner’s high is one of the reasons athletes endure through the tears, sweat and blood as they train every morning. You know that at the end of the training, you will ‘feel good’ and this feeling is worth every pain and suffering.

A Runner’s high is believed to be caused by a number of theories and the exact cause is anyone’s guess.

It is said that when one exercises for a long duration, endorphins, also known as the ‘feel good’ chemicals are released. Endorphins are said to have morphine-like effects on the body like euphoria, acts as a painkiller and relaxes you.

It is this pleasant feeling that makes morphine addictive. Therefore, endorphins have the same effect of making you feel good and not get muscle pains associated with intense exercises. However, runner’s high is said to be short-lived.

A runner’s high is also attributed to Endocannabinoids – they are chemical substances comparable to cannabis, though they are produced naturally by the body. Exercises increase Endocannabinoids release in the bloodstream.

As opposed to endorphins, Endocannabinoids cross the cellular barrier which separates the brain and the blood stream. It’s in the brain that these mood-improving neuromodulators cause short-term psychoactive effects like feelings of calm and reduced anxiety.

Secretion of Norepinephrine, Dopamine and Serotonin

Could they be associated with a runner’s high? Perhaps, because they reduce depression hence causing a relaxed and feel-good sensation.

Some people believe temperature is another factor that causes a runner’s high. Exercising for a longer duration of time is linked to the hypothalamus.

The hypothalamus is the part of the brain found on the top of our faces that controls temperature regulation. This part also affects mood, so maybe temperature increase also leads to elevated mood.

As much as people consider the runner’s high as one of the reasons to exercise, there are other health benefits. Moreover a runner’s high is short-lived, so what happens after it wears out? Routine exercises are known to have good moods, suffer from less anxiety and depression and relax easily.

Exercises also increase concentration, keeps away lifestyle diseases like obesity, hypertension and heart diseases, among others. People should exercise for the long term health benefits as opposed to the runner’s high which is short-lived.

A runner’s high is that feeling of extreme happiness, euphoria and general well-being. It is the lack of pain and discomfort, just like the effects of morphine on the body. It occurs after long-duration exercises like marathons.

This good feeling can be addictive and hence could be the reason many athletes endure the pain, sweat, etc. There are many theories believed to cause a runner’s high like endorphins, an increase in body temperature and other neurotransmitters. 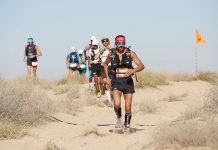 How to Become an Ultra Marathon Runner 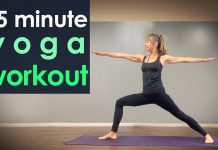