Major extreme sport stars came out to compete in the 2020 X Games in Aspen and we’re going to tell you all about them.The X Games are an extreme sporting competition that is usually presented by ESPN twice a year. Athletes from all over the world compete for Gold, Silver and Bronze medals and also money and other prizes.

The X games have a summer version and a winter version, but you can be sure both versions take sports to the extreme. The first-ever summer games were held in Providence and Newport, Rhode Island in 1995, while the winter competition was added two years later, and took place at Big Bear Lake, California.

The latest winter games were held in Aspen, Colorado and the summer games will be held in Los Angeles, California. The events in the games usually vary from year to year, and include snowboarding, skiing, skateboarding and BMX biking. Let’s get into the results of the 2020 winter X games and some other major names that have made waves in recent years.

At the time of writing this review, the winter games have already been held, and below is a look at the full results of the extended competition and the athletes who won the medals. These results are courtesy of the X Games website

Adelberg is from Australia and he is one of the newest FMX riders from the continent down under. He is a Yamaha rider who got second place with his Red Bull X-fighters podium in Dubai in 2012. His photos were then published in the Freerider MX magazine at only 14 years of age. At this young age, he was already busting out the big tricks at the CR80.

Alex is a Canadian freestyle skier who represented his country in the slopestyle event during the 2014 Winter Olympics and the 2018 Olympics that were held in Pyeongchang. He won the bronze medal for the latter appearance. He has participated in plenty of huge events during his skiing career, which includes the X-Games, and the Olympic Games.

During the 2015 X-Games in Aspen, he finished at position 9. He, however, could not compete in 2016 as he had a collarbone injury and a torn ACL as well, but in 2017, he skied slopestyle twice; the first time in Aspen and then in Norway. In Aspen, he finished in the 3rd position while in Norway he was 15th. He went back again in 2018 when the games were in Minneapolis.

Aaron Blunck started skiing at 18 months old at the Crested Butte Ski School and started participating at 8 years old. He won a bronze medal during his Inaugural Youth Olympic Games at 15 years old. In addition to skiing, he also enjoys biking, skateboarding, camping, fishing and snowboarding.

The Stars Of The X Games Conclusion

It takes guts and skill to compete in the X games and now you know some of the major names that have taken the plunge. Whether it is in 2020 or years past, these names will continue to ring in the hearts of extreme sport lovers around the world. Our next stop is the X games in the summer where we are sure to see some awesome action and great athletes do things we can’t imagine a human can do. 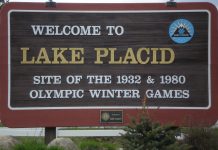 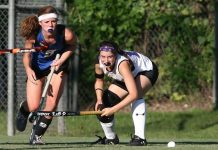 How to Play Field Hockey For Beginners 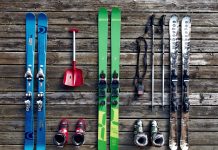